When the colder months roll around, sometimes your trusty waterproof just isn't enough to keep you warm. Insulated jackets are what you need for a winter coat and are ideal for those who really feel the cold during autumn and winter. These jackets can be used as an outer layer or worn underneath your waterproof jacket during wet days. In this guide, we'll take a look at the different types of insulated jacket available at GO Outdoors and help you decide which is right for you.

What is an insulated jacket?

Insulated jackets are coats that are filled with an insulating material and come in three main varieties: down insulation, synthetic insulation or a combination of the two. These types of jackets are brilliant for cold temperatures, as they offer a layer of body warming insulation that keeps your body heat inside the jacket. Insulated jackets have changed a lot over the years with advancements in technology. You may remember people wearing puffer jackets from years past, looking something akin to the Michelin Man. These days, insulated jackets are much more sophisticated, with varying levels of insulation available meaning you'll be able to find the thick insulation needed for an Arctic expedition, or the lightweight insulation to slip under your waterproof as part of your layering system.

Insulated jackets are NOT a replacement for a waterproof jacket (unless the jacket specifies waterproof), heavy rain will compromise their insulating properties. However when the weather is dry, or a little damp and very cold? You're looking at the ideal jacket for your needs. No outdoor jacket will have you feeling more snug than an insulated jacket.

Down -vs- Synthetic Insulation

If the two main types of insulation are down and synthetic, then what is the difference? Which is better? The simple answer is, they're both great and will both keep you warm, but one may excel over the other in certain cases. In this video, Charlie from GO Outdoors explains the difference between down and synthetic insulated jackets to help you choose the right insulation for your winter needs.

What is down insulation?

These jackets contain a layer of down and feathers to help keep you warm. Down is the fine layer of fluffy feathers underneath the normal feathers on waterfowl, usually geese or ducks. Most major outdoor brands will ethically source this down as a product of the food industry to avoid cruel practices such as live-plucking and force-feeding. You can ask any brand if their down is ethically sourced before purchase.

Down is used because normal feathers are unable to retain loft on their own, which is why there must be certain percentages of down to balance a percentage of feathers in any garment classed as being a ‘down insulator’. This is where the percentage figure you'll find on all down products comes from. For example, if a down jacket has the percentages 80/20 this indicates the garment contains 80% down, and 20% normal feathers.

When down is compressed the filaments of the fibres create small air pockets that trap air, and therefore heat mimicking the natural word of animals that need insulation. Using feathers gives down jackets a great warmth to weight ratio, as the jackets are often very lightweight.

The only drawback to down jackets is how they handle moisture. These jackets (unless specified) are not waterproof. Moisture causes the down to clump and this will hinder the insulating properties and can take a long time to dry out. If you're heading out in heavy rain, it's always wise to have a lightweight waterproof to throw over the top of the jacket. Advancements in down technology have seen the introduction of hydrophobic down (also known as Hydrodown) which means that the down is treated to handle moisture better than standard down, however, we would not advise a down jacket in a downpour.

During the manufacturing process, down is sorted, washed, and sterilized. It is during this sorting process that the fill power (stated as a number such as 500 or 600) is determined. This rating is based on how many cubic inches the down displaces in a given area, or simply, the space the down takes up. The higher the fill power, the higher the insulating capabilities, less down is needed and the lower in weight the garment can be. 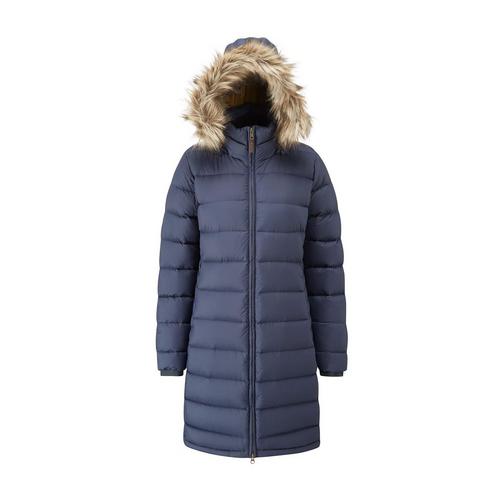 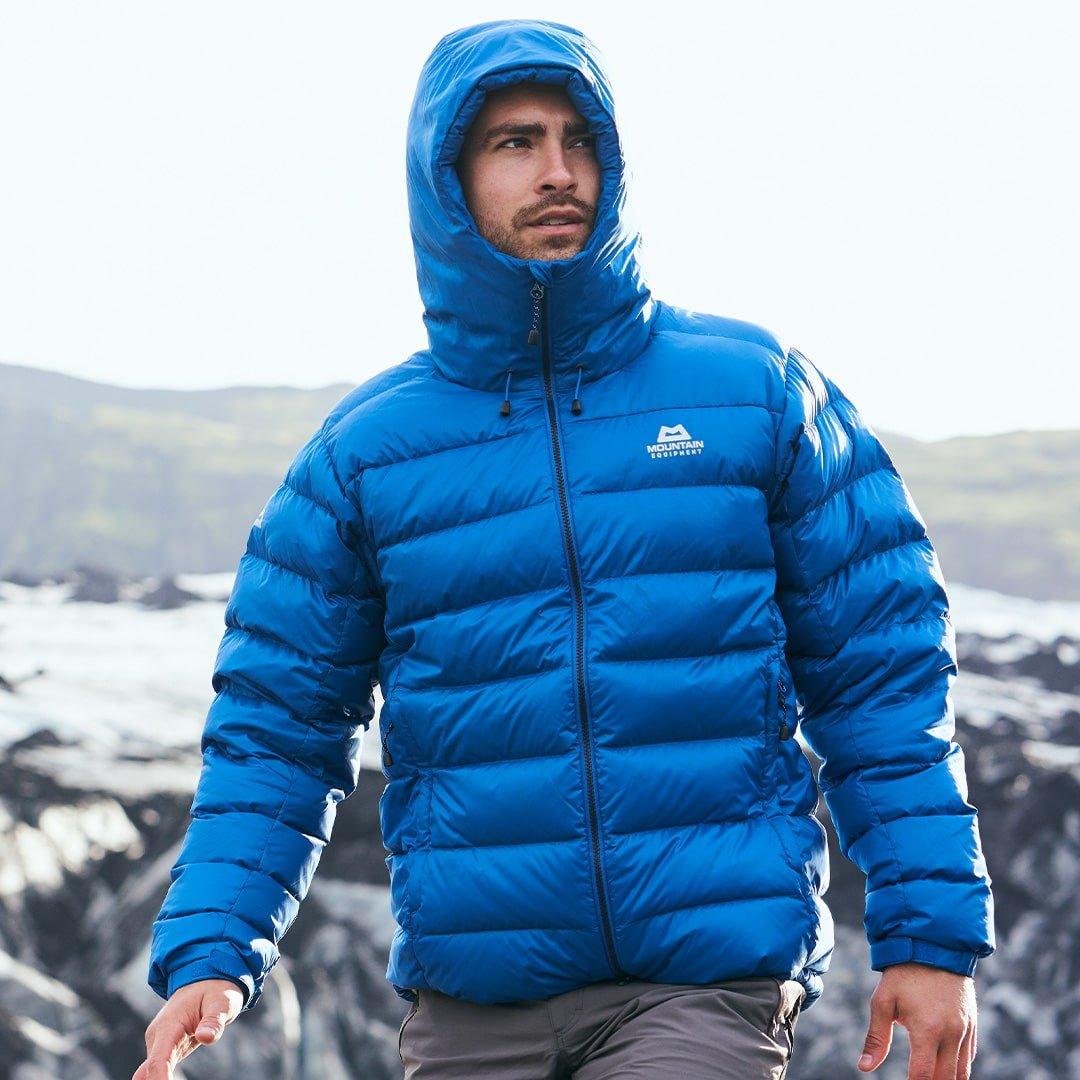 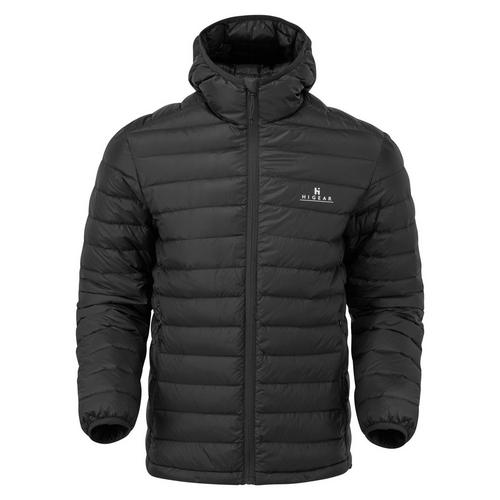 What is synthetic insulation?

Synthetic insulated jackets contain man-made, synthetic insulation made using polyfibres, the lab-made equivalent of natural down. This is often a popular choice among those who don't wish to use anything derived from animal products.

Synthetics are used to attempt to replicate the warming and heating effects of down, without the bulk, and with the chance to achieve higher levels of breathability, all at a lower cost.

Although heat is circulated with ease, synthetic insulation does suffer from heat loss at a quicker rate than a natural down jacket, making it more suitable for times when your body is still producing its own heat, for example during periods of exertion. Advancements in synthetic insulation over the last few years have seen synthetics getting closer and closer to replicating down products. Technology such as PrimaLoft from Montane uses feather-like fibres rather than actual feathers to mimic the down construction.

Synthetic insulation is also much better at handling moisture than down, and will dry much quicker if it gets wet.

At the manufacturing process, down is sorted, washed, and sterilized. It is during this sorting process that the fill power (stated as a number such as 500 or 600) is determined. This rating is based on how many cubic inches the down displaces in a given area, or simply, the space the down takes up 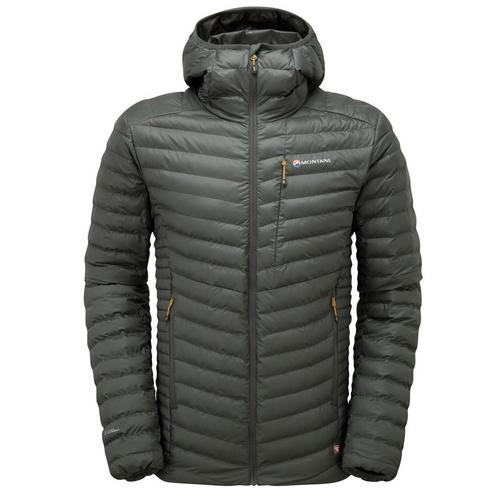 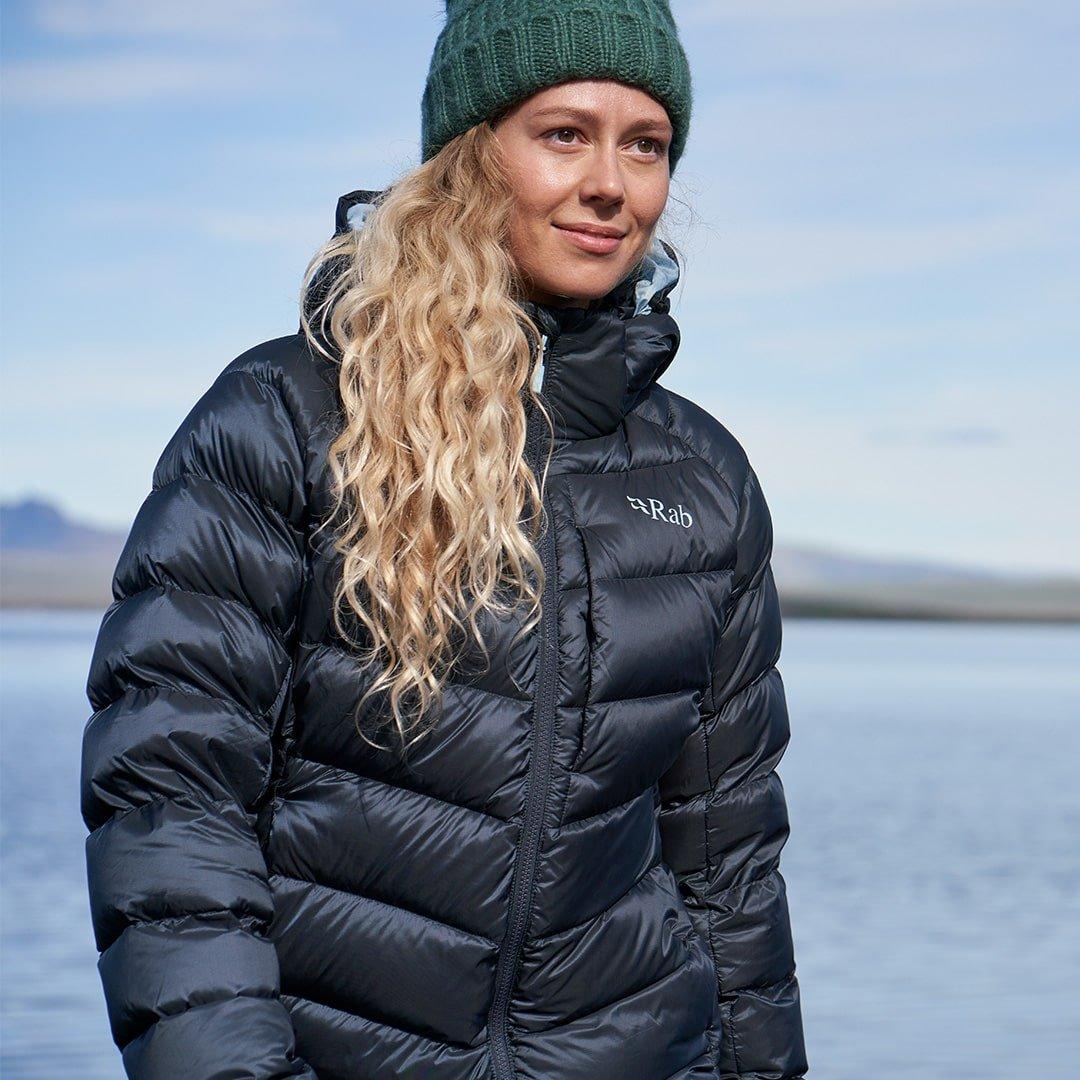 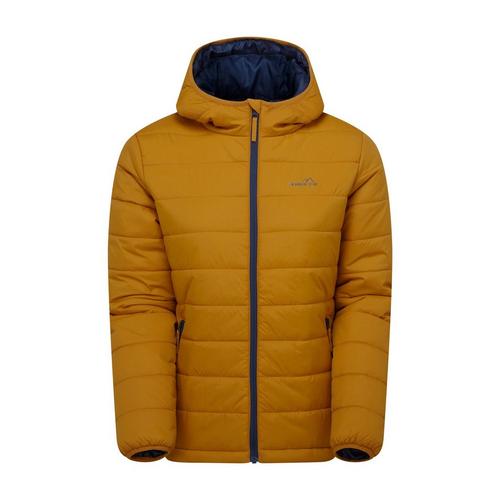 What is hybrid insulation?

Hybrid insulation is a growing technology among insulated jackets. These jackets are a combination of more than one insulating technology, such as down and synthetic in an attempt to harness the benefits of both.

Hybrid insulation aims to create jackets that take the best features from various technologies whether that be warmth, packability, moisture management, ease of movement, trying to minimise the 'flaws' of a single insulation. As the technology is perfected we could see hybrid jackets that mimic high end down jackets for a lower cost. 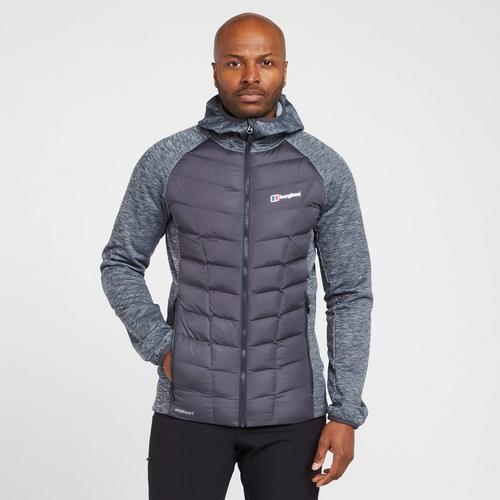 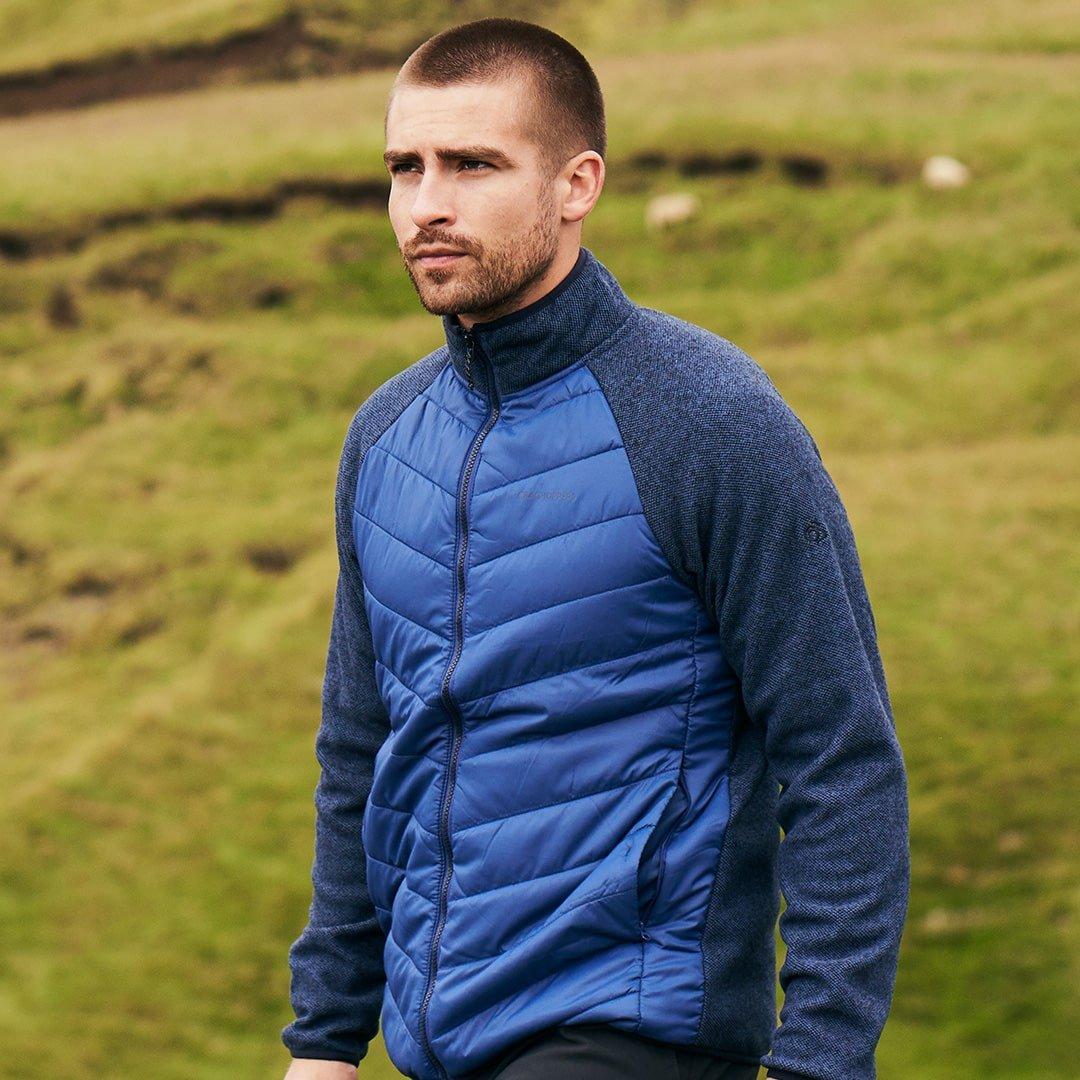 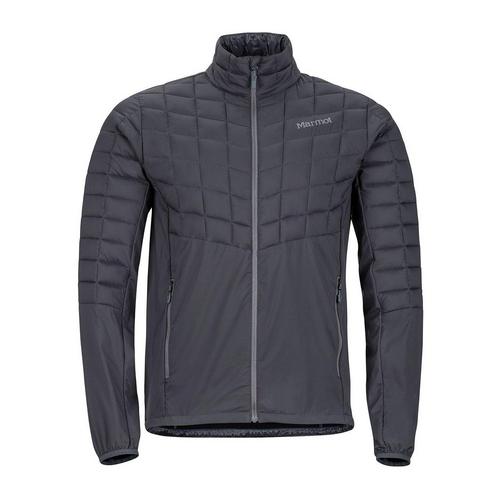